Burn Your Village To The Ground

Stuff happens very quickly, and I’ve very little time to follow everything.  Autumns’ supposed to be slow, a reprieve from the manic energies of summer.  But it doesn’t always work that way.

So, many things, all brief.

Ferguson is a Forest

This week’s post for A Sense of Place is an exploration of Private Property, Exclusion, and the spirits of place:

Private Property (think land ownership, as opposed to personal items), then, can be a barrier to my relationship to spirits, as well as the relationship of spirits to people.  Anyone with enough money can own land (excluding parks or other designated commons, which are owned by the government) regardless of whether or not the spirits even want them there.

It’s inspired by the most treacherous statement I’ve heard from the current president of this country, and also rather ironic:

“I have no sympathy at all for destroying your own communities.”

I’m pretty certain this was clear, but in case some have missed the point, I hadn’t intended to belittle any of the individual work done by the activists who appeared in PACO.  The assessment that my review was “very critical” in an email sent to others who attended worries me, not because I’m personally offended, but because congratulatory reviews that speak little about the larger implications of our work won’t prepare us for the political and economic catastrophes of climate change and Capitalism’s tactic of using “shocks” to gain more freedom while the rest of us flounder, unprepared.  The sooner we start talking about Capitalism again, the earlier we can start figuring out what we want to replace it with instead.

On a more positive note, the video for the racial-justice panel is available for free, as is T.Thorn Coyle’s.  (The others are currently behind a pay-wall.)  Both are quite good.

Many Gods, Many Peoples

This is not an official announcement, but it’s one anyway.

You know how there was that conference for gods-fools in New York this year? And how I went and spoke? So, another one’s happening, except instead of traveling to the other coast to go, this one’s closer, and I’m helping to organize it!

So, July 31-August 2nd, 2015, in downtown Olympia, Washington, Niki Whiting, P.S.V. L, and I will be hosting Many Gods West.  Official announcements, calls for presenters, and a shiny website coming very soon.  Save the date, yeah?

Your Cards Are a Forest 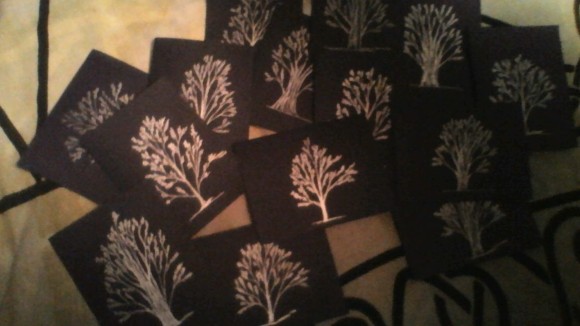 If you donated funds for the pilgrimage (thank you!) one of these cards are probably yours. I drew a lot of them, and I kinda thought it’d be cool to make a little forest from them, so…here we are! (I need a real camera) (oh! I’m being given a real camera for the pilgrimage, by the way!)(I really hope I don’t lose it).

The books arrived, as well, and those will be sent off this weekend.  Candles should be completed and sent (with card and book) by Dec 4th.

A local bookstore is buying a few copies of Your Face is a Forest to sell, by the way, so it’s actually in a bookstore now.  Which is very non-digital, which is really cool.

Speaking of digital–the e-book version should be available 30 November.  I’ll post an update when that happens.

Also! If you’ve already gotten a copy of the book and got to the acknowledgments page, the person mentioned who’s “fault” it is that the book came about? He’s just released another book, too.  Check it out.

And there’s a book that contains Lorna Smither’s poetry! That one’s gonna be cool, I suspect. Her poems are delicious.

Writing in Other Forests

And on the pilgrimage, I leave Seattle in 9 days, which is crazy.  I’m working (overtime) up to the day before I go.  Before then, my review of Naomi Klein’s new book, which got bumped for a more timely Ferguson article, will appear on The Wild Hunt on Sunday, 30 November.

And my regular column will be there the 6th of December, the day I throw lots of stuff in my rucksack and water my fern and go say farewell to my forest for a few weeks.After that? Pilgrimage updates, one or two A Sense of Place posts, and a column-article about the experience for the Wild Hunt in January.   I’m looking forward to a long break from the internet and back-lit screens.  Just don’t start a revolution in the states without me, right?

Actually, please do.  I’ll catch up, I promise!

Many Reasons to Rage

And on revolutions and other sundry fun topics–You’re following the Ferguson stuff, right? And maybe have been following the fact that the events which triggered it happen all the time in this country? And maybe our whole system is founded upon ensuring that stuff like this happens all the time? And was founded in violence?

Got a song for you.  It helps, trust me:

2 responses to Burn Your Village To The Ground 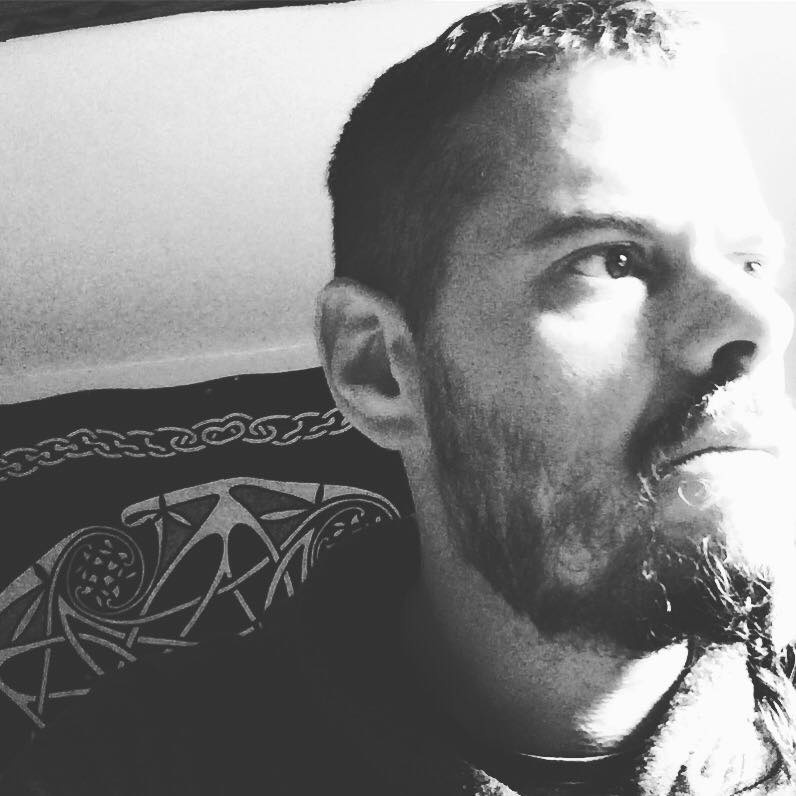